The Dudley family moved to Mossy Point about 1958, lived for a short while near The Little Shop waiting for it to be ready for them to move into after Ross. The family was Claude and (Edith) May, with children Phil (who later married Marie), Alf, Fay, Joy, Gordon and Colin. Claude had worked in the building industry, he and Phil found similar work at Mossy Point. Alf worked for Emmotts' store in Moruya. Joy, Gordon and Colin were still of school age.

Hines of the Broulee Post Office Store had two sons at school in Moruya, the younger was Billy. He used to take Joy, Gordon and Colin from the Broulee side of the footbridge over the creek to the highway in an 8 or 10 seater bus. From there the bus from Batemans Bay used to take them to school at Moruya. The return trip was the reverse.

School friends included Sandra Bennett, who lived in the northern part of Annetts Pde, upstream from the Post Office store; and Paul Miller. Sandra had a brother Trevor, but he was older. Phil Dudley had a mate Billy Horwood.

The store sold Ampol petrol and kerosene. Claude was not seen serving in the store much, May and Fay took most of that workload, both were friendly and liked being with customers. Joy, Gordon and Colin helped when things were busy.

Claude and May closed the store in late 1967 or 1968, by then Colin (the youngest) was working in Moruya. Claude and May then moved to Bowral, Fay stayed on and lived in the building, it had been a store with residence, with her husband Peter Tessiman. Unfortunately it burned down in about 1970. Sadly Joy died in her thirties.

With fond memories of the area, Colin later returned and now lives in Broulee. 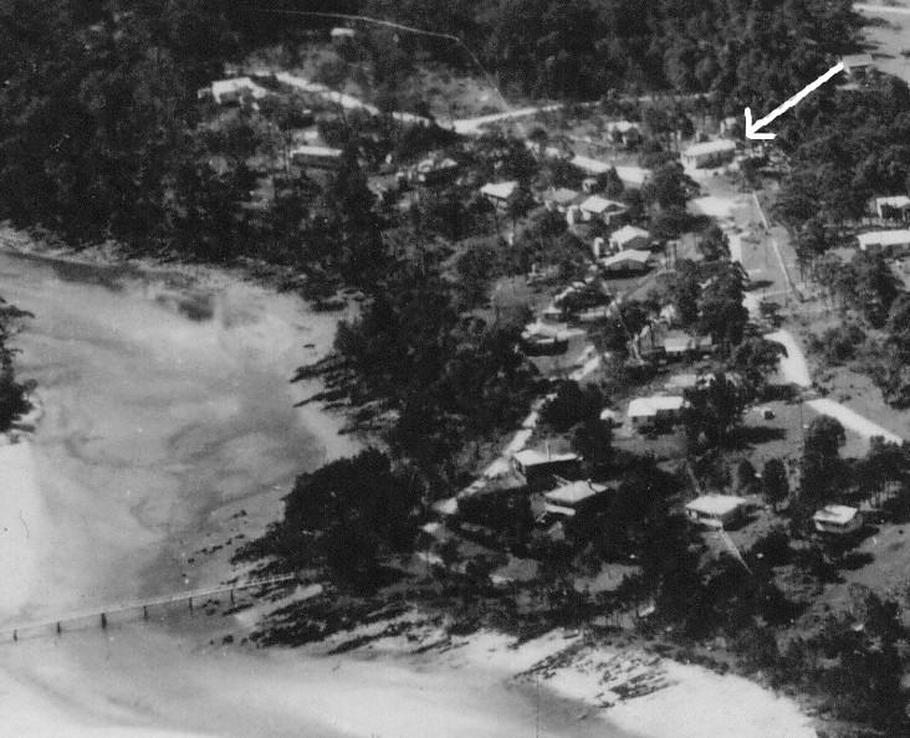