Rally For Recovery Sales at Tomakin

Rally for Recovery was formed to raise funds for research into childhood cancers and blood disorders in conjuction with the Children's Hospital Foundation based at Randwick.

From the humble beginnings of Ian Boardman's and Alan Edmonds' 2001 garage sale that raised $270, Rally for Recovery sales are now a local feature with an extraordinary tale of success. The duo joined forces with Vera Enthwistle who founded groups of volunteers in Adelaide, Wagga Wagga, and Sydney, and bringing on board John and Truda Ward of Tomakin, the small group set up at Tomakin.

With funds and support from the community, the group refurbished the Tomakin Fire Shed up to an acceptable standard and began holding "garage sales" of donated goods on about eight occasions each year.  The organisation has grown, and sales are now (2015) held every Wednesday and Saturday morning.

Following John Ward's death, John Lightfoot (ably assisted by Anne) took the reins. The average age of the all volunteer workers is 65 to 75, they turn up for the sales which are now held every Wednesday and Saturday morning.

By March 2014 a million dollars had been raised, with the 1.2 million dollars mark passed during 2015. Now a Tomakin institution, all this from a group made up of mostly local retirees.

How good is that! 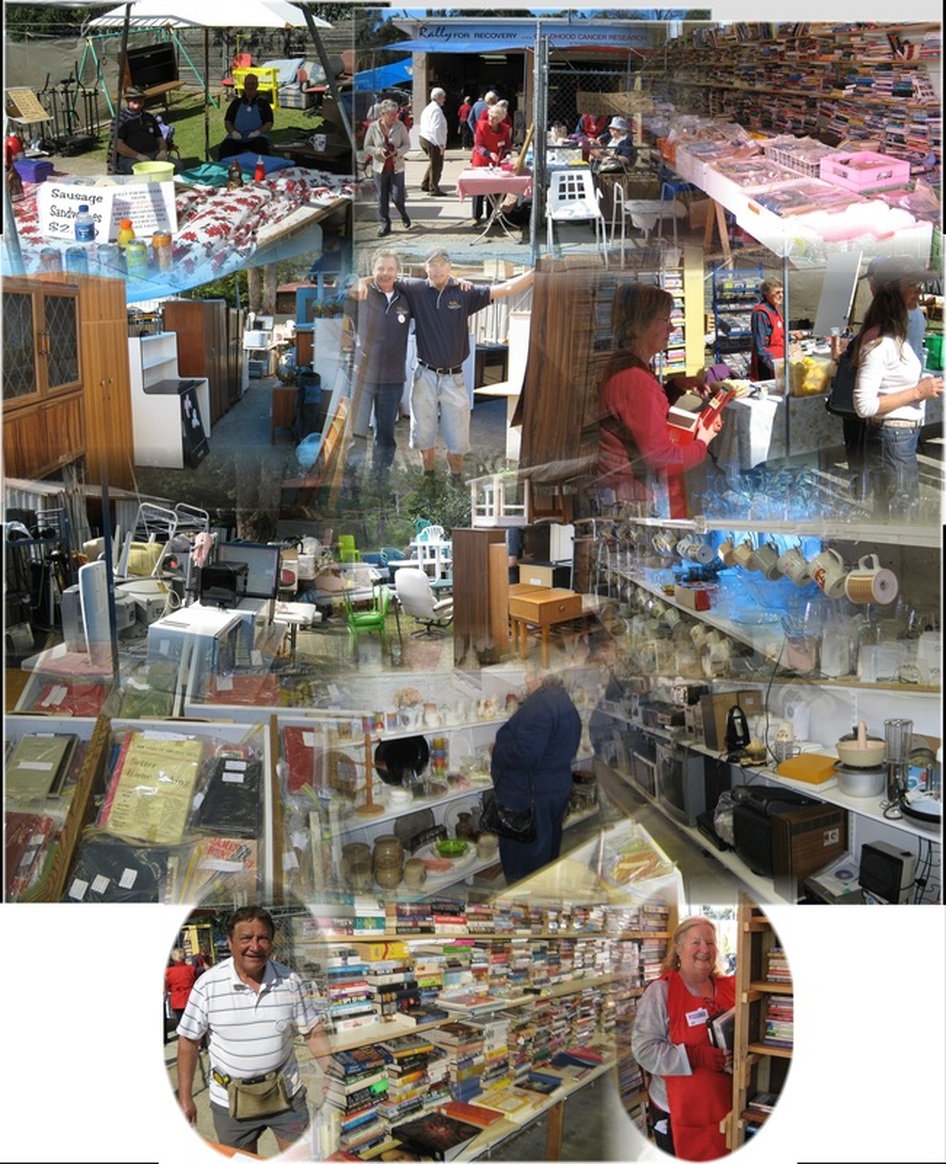